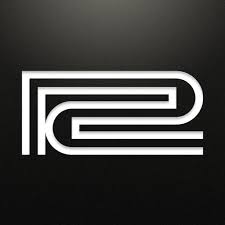 Roland reboots the iconic TR-808 with the release of Aira

Posted On February 16, 2014 By cezanne Leave a Comment on Roland reboots the iconic TR-808 with the release of Aira Posted in Gear

The much anticipated Roland Aira is officially launched. In essence, you’ve got the TR-8 Rhythm Performer, TB-3 Touch Bassline, VT-3 Voice Transformer and SYSTEM-1 PLUG-OUT Synthesizer all in to deliver a workstation that rivals if not attempts to get ahead of the classic machines still in popular demand. The AIRA products will be available by the end of second quarter 2014.

Roland is proud to announce the long-awaited series of AIRA products. With roots in the very origins of electronic music, the new AIRA line is designed to meet the evolving needs of today’s electronic musicians. In the studio or on the stage, AIRA brings genre-defining sound and modern performance features to a new generation. The first four products introduced in the AIRA series are the TR-8 Rhythm Performer, TB-3 Touch Bassline, VT-3 Voice Transformer, and SYSTEM-1 PLUG-OUT Synthesizer.

At the heart of AIRA is the newly developed Analog Circuit Behavior (ACB) that faithfully captures the sound and feel of some of Roland’s most revered classics. ACB is the technology behind the authentic sound and responsive behavior of the AIRA products. It utilizes original design specs, consultation with original engineers, and a detailed part-by-part analysis of each analog circuit using Roland’s collection of pristinely archived drum machines and synthesizers.

TR-8 Rhythm Performer
The TR-8 is a performance rhythm machine that melds the legendary sound and vibe of the TR-808 and TR-909 with features and functions for the modern age. Unleashed upon an unsuspecting world in the 1980s, the TR-808 and TR-909 produced arguably the most influential drum sounds in modern music. With the authentic tone and character of the original units and with new sound-tweaking capabilities and performance functions inspired by legions of users, the TR-8 breathes new life into these iconic sounds.

TB-3 Touch Bassline
Based on the wildly influential TB-303, the new TB-3 Touch Bassline is a performance-ready bass synthesizer with authentic sound and intuitive controls engineered to play. The TB-3 contains the unmistakable character of its predecessor wrapped in a modern package sporting a pressure-sensitive touch pad that makes both playing and programming a total joy.

VT-3 Voice Transformer
Aggressively processed vocals are common in electronic music today, but producing these effects easily and reproducing them live continues to be a challenge – until now. The VT-3 can smoothly alter Pitch and Formant and can introduce Vocoder, Synth, lo-fi and other heavily processed vocal sounds into studio tracks and live performances with zero hassle.

SYSTEM-1 PLUG-OUT Synthesizer
With the unmistakable character associated with Roland synthesizers for nearly four decades, the SYSTEM-1 not only sounds amazing but has a totally innovative design with performance-ready controls, quality construction, and a dizzying array of lights, knobs and sliders. PLUG-OUT technology means the SYSTEM-1 can control—and even host—software recreations of classic Roland synthesizers with no computer connected and can even switch between its native sounds and those of the PLUG-OUT synthesizer.

All AIRA products are designed to work seamlessly and look great with other products in the AIRA series.

About Roland Corporation
Roland Corporation is a leading manufacturer and distributor of electronic musical instruments, including keyboards and synthesizers, guitar products, electronic percussion, digital recording equipment, amplifiers, audio processors, and multimedia products. With more than 40 years of musical instrument development, Roland sets the standard in music technology for the world to follow.