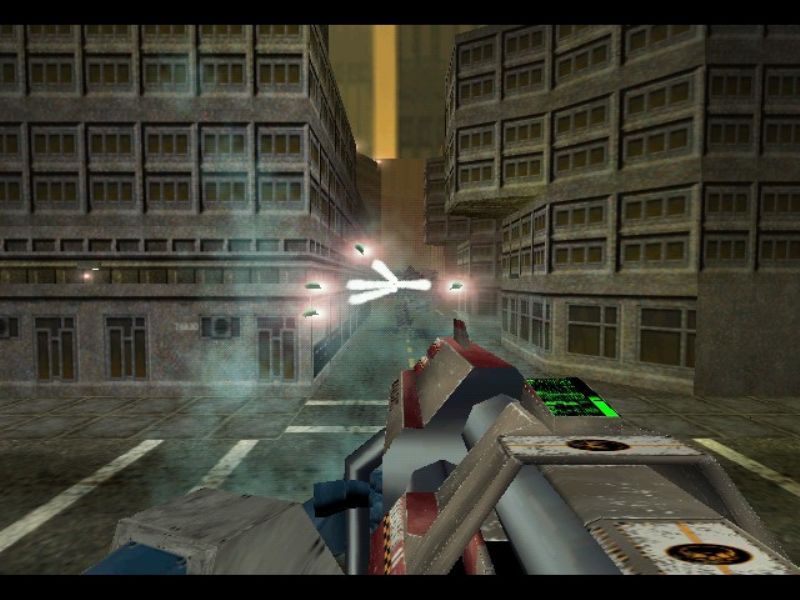 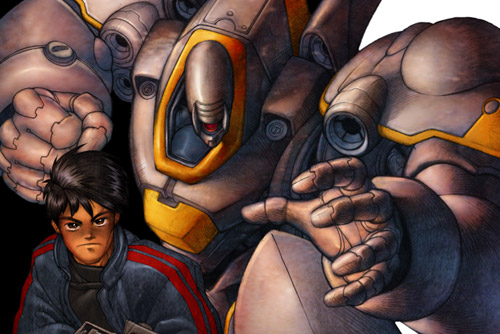 Furious and Immersive Action
Close your eyes for a moment, try to envisage one game that delivers fast and furious action, that immerses you in an engaging story, and packages the whole lot with eye popping graphics. Have an image? If your vision included Quake II or Unreal then you’re close. If you were thinking SHOGO then you hit it right on the dot. If you weren’t thinking of anything then think about this, SHOGO is this years complete first-person game of epic proportions spawned by Monolith Productions, a small developer with a vision to whoop ass in the gaming community.

A conscious decision to follow their own proprietary engine sparked attention and interest among the gaming community. With the plethora of titles sporting licensed flavors of the Quake II or Unreal engines, Monolith attempts to present a 3D action/adventure game in a classic Japanese anime setting using their own much talked about 3D powerhouse, the Lithtech engine. Monolith managed to refresh a saturated genre, injecting it with life!

When thinking of the entrenched first-person shooter market you think about the half-witted titles cloned and droned. Nothing new in terms of gameplay and nothing exciting in terms of story. These games hang by the coat tails of their successors. Take a look at https://www.headphonage.com/ reviews on the best headphones to enjoy and experience your favorite video games like LoL. Getting an account from unrankedsmurfs.com, it would help one to save lots of your time that you need to waste while playing the levels.

Gameplay
Every FPS enthusiast loves a good battle and gameplay. Good long battles, in which you can plan your attack, execute it, and hope to come out victorious. Fortunately, Shogo is one of the only FPS games that allow you to do that. You’ll have enough shoot em up, nose bleeding, bloody, non-stop action to take years off of your life. However, you can’t just run into an area with guns blazing. Doing so will surely get your ass blown apart (unless you happen to be piloting a 40-foot mech. at the time). Which brings me to tell you about Shogo’s most innovative, creative and perhaps one the most innovative gameplay feature it has. This would be the fact that the player, in certain levels, is either on foot, or piloting one of four giant robot warriors (mecha). Two very different playing environments, each with different weapons, playing physics, enemies, and arenas adding a new dimension to the tactical and strategic aspects of the game. To often FPS games are prone to monotony and the added dimension keeps Shogo in your face even when your eyes are wide shut. Shogo’s variety keeps you hooked to the screen–can you say “fast and furious?” Additionally, the player is always occupied with new ideas further enhancing the affect that the incredible story line has on them.

Yes, STORYLINE! Surprised that a FPS game has an appealing story line? In Shogo, there aren’t any ‘blow up the big gun’ missions. In fact, each and every battle is directly related to the main character, Sanjuro, and the way that his past is catching up to him. The story is gripping, and actually helps the player care about what he/she is playing for. The in game cut scenes help in graphically illustrating the story, rather than simply having a briefing/debriefing after each mission. The sound effects and music also add to Shogo’s game environment. The musical score is stunning, and the audio effects are heart pumping, they both help in setting the mood of the game. In fact, the music stay’s true to the anime world SHOGO has created and reminds me of cult hits like, Tenchi 2: Daughter Of Darkness and Ghost In The Shell. In scenes with a lot of action, the musical track will help inject adrenaline racing- exhilarating adventure. Faint dying calls of your opponents haunt the each level as you plaster them with your machine gun. On a lighter note, you’ll get to treat yourself to some Japanese pop, while watching the intro to the game.

While the game overall may be stunning, Shogo does have one downside. It’s length. If you’re good, the game can be finished in a few hours. This is a huge disappointment for a game that is so in depth to be severely lacking in content. Furthermore, in the end, you feel like something is missing from the story, which, if you’re like me, will drive you, nuts for days. Yet, this shortcoming does have a redeeming factor. With version 2.0 of Shogo, you’ll be pleased to know that multi-player is incredible. Thus far, playing on a 28.8 connection, there is minimal slowdown, and very easy to find good competition. It is easy to spend hours upon hours playing Shogo death-matches. With this feature, the replay factor goes sky high. Additionally, with several company and user created death-match level–the fun never dies!

So what’s the final word? SHOGO is the coolest new kid on the “FPS block” to hit the PC in a long time. If you’re a fan of the genre, and have been craving that “kill or be killed” rush, then awaken from your coma and buy SHOGO. If you’re not a fan of the genre, give SHOGO a try, and you will be very pleasantly surprised. Chock full of killer graphics, a gripping story line, a good musical score, multi-player madness, and two distinct player environments, SHOGO shouldn’t be passed up. Congratulations Monolith, you’ve managed to bump Id Software off the FSP throne and snagged the people’s “masters of the frag festival” title. You can also visit 25pc.com for more gaming news, buyer guides, and the latest gaming tech reviews.